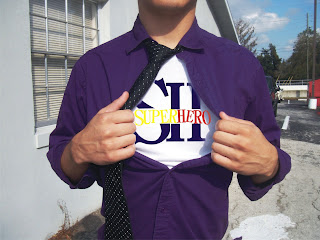 God is calling ordinary people to do extraordinary tasks! Don’t worry! You are not supposed to do those extraordinary tasks by your own strength. God will empower you to do them. But you need to be faithful when God is urging you to step in faith. For example, let’s take two Hebrew midwifes long, long ago…

The king of Egypt had a talk with the two Hebrew midwives; one was named Shiphrah and the other Puah. He said, “When you deliver the Hebrew women, look at the sex of the baby. If it’s a boy, kill him; if it’s a girl, let her live.”But the midwives had far too much respect for God and didn’t do what the king of Egypt ordered; they let the boy babies live. The king of Egypt called in the midwives. “Why didn’t you obey my orders? You’ve let those babies live!” The midwives answered Pharaoh, “The Hebrew women aren’t like the Egyptian women; they’re vigorous. Before the midwife can get there, they’ve already had the baby.”God was pleased with the midwives. The people continued to increase in number—a very strong people. And because the midwives honored God, God gave them families of their own. (Exodus 1:15-21, MSG)

God used these two midwifes in mighty way! If they had not obeyed God’s urge to save the baby boys’ lives also Moses and Aaron had been dead! They were just ordinary people that played an amazingly wonderful part in God’s story. Isn’t it humbling to think that it really does matter what we do and how we act in our ordinary lives!?! It sure does matter that we obey what God is asking us to do.

Also, see that the king of Egypt was not mentioned by name but these two midwifes were honored by using their names in the story. They were performing extraordinary tasks by God’s power. That’s what obedience is all about! That’s what answering to God’s calling is all about! It’s our willingness to be used by God for his purposes. We don’t necessarily see the reason behind the task or the result of our faithfulness but our job is to do what we are called to do. God will take care of the big picture. We will be responsible for our response to God’s calling. May it be a resounding ‘yes’!

Gracious God,
You are truly amazing!
Thank you for calling us to do your work.
Enable us to boldly respond to your calling.
Supply us with everything we need to confidently perform
the tasks you set out for us to do.
Thank you for using ordinary people
for your extraordinary tasks!
In Jesus’ name,
Amen

Q4U: How has God used you in his work?

© Mari-Anna Stålnacke and Flowing Faith, 2009-2022. Unauthorized use and/or duplication of this material without express and written permission from this site’s author and/or owner is strictly prohibited. Excerpts and links may be used, provided that full and clear credit is given to Mari-Anna Stålnacke and Flowing Faith with appropriate and specific direction to the original content.